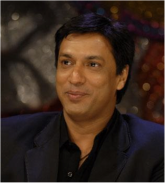 Starting his career in early adolescence as a Video Shop Runner, Madhur’s tryst with Movie Making is as poetic and cinematic as the Boy’s from ‘Cinema Paradiso’. Fascinated by the medium and hobnobbing with Stars, Madhur breathed Cinema and knew that someday he would be behind a camera  . . . someday soon. His jobs as an assistant varied from the lesser known Director Ashok Gaikwad to the prolific and eccentric Ram Gopal Verma . . . all the way till Madhur finally managed to fulfill his dream with his first Directorial venture titled ‘Trishakti’ in 1998. Panned by Critics and ignored by the audiences, Trishakti was a washout and Madhur’scareer seemed virtually over, till he managed to convince R Mohan, the mosquito coil Mughal to invest in an experimental subject called ‘Chandni Bar’ (2001), with the inimitable actress Tabu. 2001, Chandni Bar (2001),, the tragic story of a Mumbai Bar Girl was an overnight sensation, catching the imagination of the Nation and paving the way for the New Wave of ‘indie’ Indian Cinema – the one that wasn’t about the Song and Dance and Costumes . . . And the rest has been History.

11 Films and 11 years later,Madhur Bhandarkar is now synonymous with a Brand of Cinema that stands for the bold, the edgy, the socially relevant, yet appealing to the Masses kind of thoughtful entertainment. Having won 3 National Awards himself (the highest Honor in India) for ‘Chandni Bar’ (2001), ‘Page 3’ (2005) and ‘Traffic Signal’ (2007)and 2 for his actresses from ‘Fashion’, Madhur is the most sought after Director by the Leading Ladies of the Industry being the only Director making daring and meaty subjects with Women in a highly Male dominated industry. With Topics ranging from Politics in ‘Satta’ to the Corporate World in ‘Corporate’ to ‘Jail’ and now the ready-to-release ‘Heroine’, Madhur’s Cinema is a curious amalgamation of International content but a very ‘Desi’ (Indian at heart) form that cuts across all classes and languages . . . no mean feat for a country as diverse as India.

With ‘Heroine’ releasing on 21st Sept, 2012, toplining Kareena Kapoor, Madhur hopes to up his own craft with a story that is internal, multilayered and non linear . . . aiming to give the Indian audiences a taste of slightly more mature levels of mainstream entertainment.

Imtiaz Ali is an Indian film director, actor and writer. In 2005, he made his directorial debut with the film Socha Na Tha. Jab We Met (2007) brought him much success and fame . His 2009 film Love Aaj Kal was an even bigger hit. His recent movie Rockstar (2011) was a commercial success and also received much critical acclaim.

Imtiaz started his career early enough as a Writer and Director on TV with the very famous Talk Show ‘Purush- kshetra’ (Dominion of the Man) that brought the Gender inequality of India out in the open on a Media Platform and made its feisty Hostess, Kirron Kher a force to reckon with. Following it with several fiction shows like Imtehaan (on Star Plus), Imtiaz made a name for himself as a gentle Story Teller with an eye for great detailing in human relationships. It took him several years to release his Directorial Debut ‘Socha Na Thaa’ (2005) that sadly went unnoticed but launched the careers of two successful actors ie Abhay Deol and Ayesha Takia. He then wrote the less noticed ‘Ahista Ahista’ for Director Shivam Nair and continued his efforts at making his own Films for some more years. It took Imtiaz some more years to put his next Film ‘Jab We Met’ on the floors, a script that many actors were unsure of, till the then breaking up couple – Shahid Kapur and Kareena Kapoor accepted it and ironically became the defining Romantic on screen pair of the new millennium. Jab We Met put Imtiaz on the Cinematic Map and is part of the Top 10 all time Romantic Hits of India with Music that remains a Chart Buster till today.

Imtiaz’snext, Love Aaj Kal (2009) gave the romantic image of actor Saif Ali Khan a new lease and made people sit up and take notice of the acting prowess of Deepika Padukone. It also gave Music Director Pritam and Lyricist Irshad Kamil a chance to redefine mainstream Hindi Music and bring in ‘Sufi’ strains from the magical work of Bulleshah that got even more defined and etched in Imtiaz’s next release Rockstar (2011). Rockstar (2011) won its lead Actor Ranbir Kapoor, all the trophies for Best Actor while it’s award winning Music by A R Rahman is an important part of Contemporary Hindi Music, guiding it towards old Folk themes from the North and bringing back a depth to it’s lyrics that had been lost for a few decades.
Known for his gentle, quirky, humorous, seemingly simple yet complex writing, Imtiaz is one of the most sought after Mainstream Writer – Directors today, having written the current Superhit ‘Cocktail’, directed by Homi Adjania. Cocktail bears Imtiaz’sinimitable style of the deceptively easy going and natural state of affairs that suddenly turn complex due to whims of the heart, an almost Woody Allenesque study of human relationships that is unapologetically urbane and yet holds a universal appeal. Imtiaz’sstrength lies in being completely in alignment with the Mainstream sensibilities of Indian Cinema, celebrating its musical tradition, yet managing to bring in very unconventional relationships to the screen with specially feisty roles written for his actresses that are at par with his Heroes. He is the new face of contemporary Hindi Cinema in all its glory.

Zoya Akhtar made her debut as a director with critically acclaimed film Luck By Chance (2009).In 2011, she directed the critically and commercially successful film Zindagi Na Milegi Dobara and won her first Filmfare Award for Best Director

Being the daughter of the very Famous Javed Akhtar (Writer – Lyricist) and Honey Irani (Writer), as well as the Sister of the multi-talented Farhan Akhtar (Director – Writer- Actor- Singer), one would imagine Zoya to have simply walked into a Cinematic Legacy and begun right on top, like most children of the Industry. Instead, Zoya spent 8 years working on a dream, doggedly trying to make it work, till she put it aside to make her Directorial Debut with Luck By Chance (2009), a small little Film with her Brother Farhan Akhtar in the lead and the Bollywood Superstar Hrithik Roshan in a cameo. The Film was highly appreciated by the Critics and did reasonably well at the Box Office but heralded Zoya as a Film Maker with her own trademark style and a certain insight and depth not usually synonymous with Bollwood mainstream Films.

An alumna of the New York Film Academy, Zoya started her career as an actress with a small role in ‘Kamasutra’ directed by Meera Nair as one of the disciples of Rekha. Later, she worked on a number of commercials including Pepsi and Finolex and co-directed a music video called Price of Bullets for a rock band. She has also worked as a casting director for various films including ‘Dil Chahta Hai’, ‘Kamasutra: A Tale of Love’ and ‘Split Wide Open’ on which she was also an Assistant Director. Post her Directorial Debut, Zoya worked as an executive producer for her longtime friend Reema Kagti’s Honeymoon Travels Pvt. Ltd., also produced by Excel Entertainment, their Home Banner. In 2011, Zoya and Reema Kagti co-wrote her next outing as a Director with ‘Zindagi Na Milegi Dobara’, a beautiful coming of age story of 3 friends enacted by Hrithik Roshan, Abhay Deol and Farhan Akhtar that made some Box Office History and won her the Best Director trophy across several Award shows.

With just 2 Films as a Director in her kitty, Zoya has already made a name for herself as an important Film Maker of contemporary Indian Cinema. Her work, while adhering to mainstream Indian sensibilities, brings in a rare depth and compassion and a very subtle empowerment of women characters, be it Konkona SenSharma and Isha Sharvani in Luck By Chance or then the bike riding, deep sea diving Katrina Kaif and the annoyingly adorable Kalki Koechlin in ‘Zindagi Na Milegi Dobara’. This subtle change in the female projection, without showing them as bra burning Feminists, is Zoya’s biggest contribution to Indian Cinema so far . . . a very nuanced paradigm shift that celebrates the Song and Dance tradition of Indian Cinema, yet is directing it gently in fresher and more layered directions. 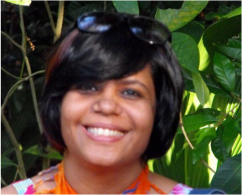 Anuraadha Tewari is a Mumbai based writer – director, working prolifically for the last 14 years in the Entertainment Industry. With a Masters Degree and a Gold Medal in Film Direction from the prestigious Film School of Jamia, Millia Islamia, New Delhi,

Anuraadha began her career as a Chief Assistant to Mahesh Bhatt and worked with him on 3 Films, followed by a long stint as an independent Writer Director for Anupam Kher’s Media based Company.

Anuraadha took the next flight to Mumbai without a single contact or an idea about the Film Industry and found herself a job with ace Director Mahesh Bhatt, miraculously on her very first day in the City. After assisting the Maverick Film Maker in 3 Films over a year,

Anuraadha ‘ran away’ to head Anupam Kher’s Television Company as a Creative Director and wondered for a while if she had made the right decision that early in her career. Her doubts were however allayed as she began writing and directing some path breaking TV Shows like ‘A Silent Love Story’, India’s First ever Silent series amongst others. As a contemporary of Imtiaz Ali,

Anuraadha guided several other youngsters in achieving their creative dreams through the Company, some of them being Shirish Kunder and Prawal Raman, both established Film Makers today in their own right.

After directing several shows both fiction and non fiction,

Anuraadha decided to switch to the Corporate side of the Media for a while and headed several companies like Channel V (Music television), Walchand Web Companies and Crest Communication Ltd. Returning to pure creatives in 2004,

Anuraadha switched her role yet again, this time back to her first love – writing and has ever since written 17 shows for television and 3 Films for Madhur Bhandarkar namely ‘Fashion’, ‘jail’, and the soon to be released ‘Heroine’. She has also written and directed several non fiction Musical shows for Television and has been a Guest Lecturer on ‘Story telling’ for the Xavier’s Institute Mumbai, EMRC Pune University, the Rai School of Media New Delhi and has conducted several Workshops for Private Media Schools.

Known for her outspoken views on Indian Cinema and Cinema in general,

Anuraadha has a fan following on her own on Facebook where she writes her unconventional reviews week after week, courting trouble from various sections of the Industry from time to time. With ‘Fashion’.

Anuraadha unknowingly set up a template for what has become the new image of the ‘Bold Indian Heroine’ on screen . . . the one who lives life on her own terms, is morally ambivalent and yet humane enough to garner sympathy from an otherwise conventional audience. With several new Films following this template,

Anuraadha hopes to up it with ‘Heroine’ where the character’s journey is meant to charter some pretty dark spaces, hitherto unknown to Hindi audiences. A believer of Films being a reflection of a Nation’s State of Mind,

Anuraadha is passionate about bringing subtle changes in the narratives of the Hindi Silver Screen and feels it is the duty of every Storyteller to innovate, find new methods of communication and raise the bar with each new venture as a humble student of Life.